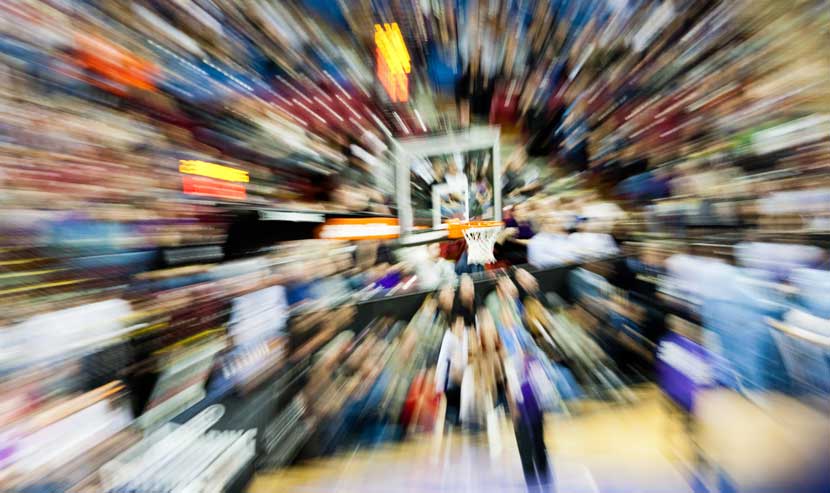 March Madness is one of the 3 times during the year when I tend to watch or listen to a lot of sports (the other 2 being the NFL and MLB playoffs). For the uninitiated (or the disinterested), I am referring to the NCAA men’s basketball tournament.

This is one of the big annual events on the USA sporting calendar and is a huge draw for many. During the tournament, an estimated 40 million Americans will fill out more than 70 million “brackets” and bet more than $2 billion that they know a lot about college basketball (they don’t).

Of course, an event of this size also draws in lots advertisers seeking to capitalize on the rabid sports fans desperate to keep up with the action. During the first rounds of the tournament, the match-ups start at noon, and viewers channel surf to watch multiple games running at the same time so they can stay on top of the latest scores and upsets.

Again, for those of you who do not know a lot about college basketball, each team now gets 50 time outs per half (an exaggeration, but not by much). This means 20 minutes of “action” eventually takes about 2 hours. So along with actual sports, there is a lot of time for those advertisers I mentioned to run their favorite spots, over and over and over again.

One of the TV ads running during the tournament comes from a respected financial institution and shows us an active millennial standing with a friend on a zip line platform about 150 feet in the air, waving her phone around, ready to access her free checking account and pay for who knows what up there.

This despite the advice that comes from virtually every zip line operator in the country “… you should take everything out of your pockets, including cell phones, so that they do not end up hopelessly lost on the floor of the forest.” (Though it is worth noting that this smart phone waving woman may have other issues, given she pushes her friend off the platform – on the zip line, fortunately.)  I’m not exactly sure what message this advertiser is trying to convey (other than perhaps “keep your friends close and your enemies closer”), but it doesn’t seem to have anything to do with security, safety or common sense.

So why is this?

Perhaps it’s because that most phones don’t go missing while you are zip lining through the forest or wrestling crocodiles or scaling Mt. Everest, but under more mundane circumstances. A recent post on the Corporate Travel Safety blog cites a Lookout Mobile Security study that indicates lost and stolen phones go missing much closer to home (can you say Starbucks) and will collectively cost us about $30 billion dollars this year

Obviously, the FI with the zip line ad is promoting its mobile banking to a demographic segment that is predisposed to use its mobile phone for everything. That makes some sense, but for promoting its mobile banking to Gen Y, it is clearly sending mixed messages about cost, safety and security. Mobile everything has led to an unprecedented amount of convenience, but these same mobile devices create substantial losses for the user ($30 billion is a lot of money), distract us from activities where focus is critical for safety and are inherently rich targets for criminals looking to steal sensitive information (I am almost sure I saw the zip line operator trying to clone the woman’s phone!).

I am not a Luddite, but if you watch the ads that bombard us with a critical eye, it does seem like many appeal toward tendencies that are not our best or safest. It is worth noting that the demographic group being targeted in the zip line commercial generally has an interest in issues of safety, responsibility and community (contrary to detractors who sound like oldsters raging against “young uns.”)

The NCAA tournament would have been a great opportunity for the financial services community to sponsor some Public Service Announcements (PSAs) to advise folks that it’s really not a good idea do any of your banking while white water rafting, hang gliding, driving, using public wifi networks or even (if you happen to be lucky enough) while sitting at the University of Phoenix stadium watching the Final 4 live.