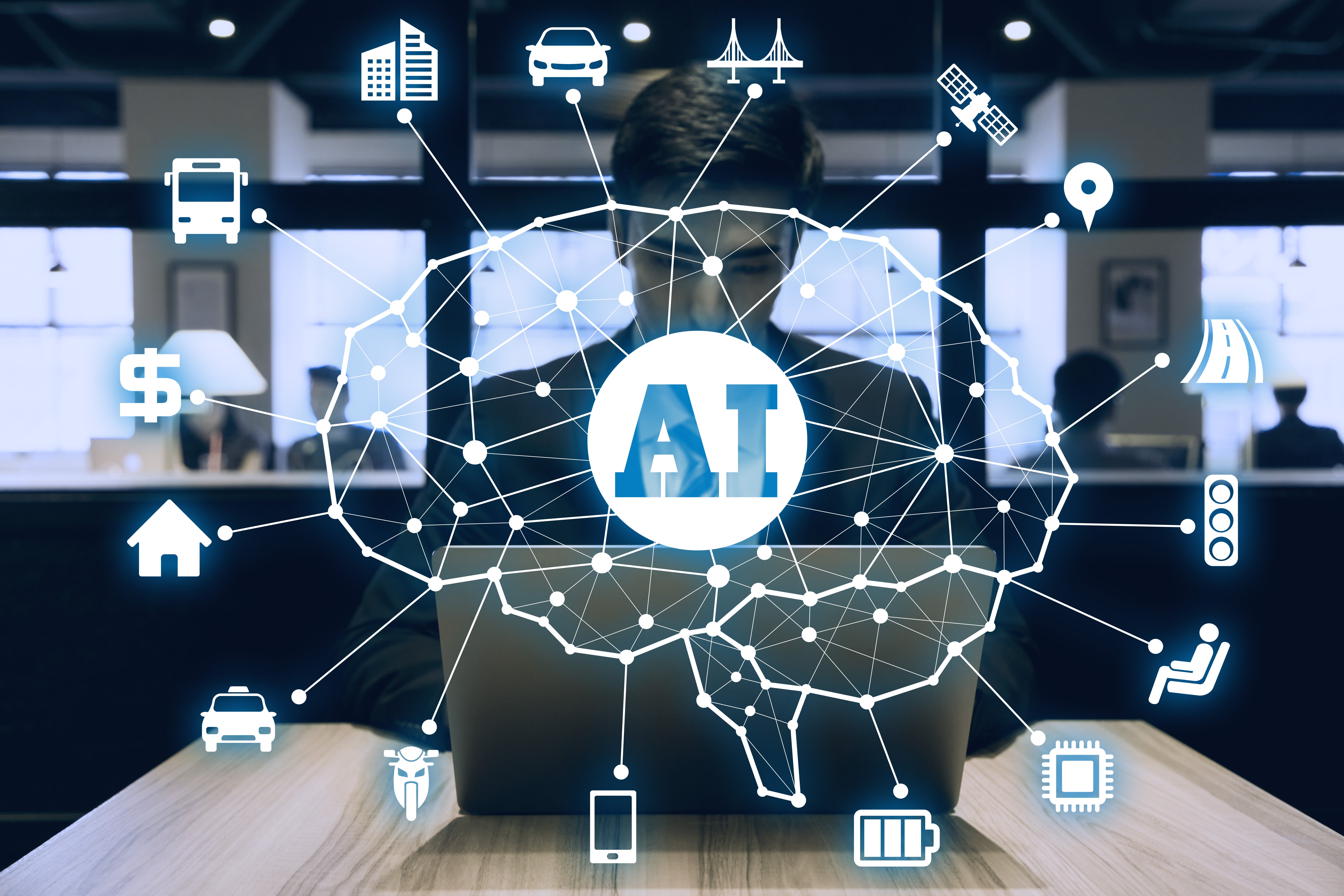 AI: A Future That Will Test Us All!

For as long as I can recall, writers and movie directors have been fascinated by automation, robots and aliens and yes, artificial intelligence (AI). It’s as if each author and screenplay developer has seen a glimpse of the future and worked really hard at capturing and refining the essence of a different perspective on life as we know it, into a hundred page book or a two hour movie.

As humans, we all are fascinated by what the future could hold. As a community intimately involved with computers, we are just coming to grips with the potential and the value that comes with applying AI to our everyday lives and we cannot wait to see what develops.

In his recent novel, Origin, author Dan Brown has his science genius main character paint the future of AI across a very large canvas (though some readers will argue about the basic premise).  At one point, the hero turns to his audience and predicts that as he ran his “model” over and over again, “…the same thing happened. The human species evolved to our current point in history, and then, very abruptly, a new species materialized and erased us from the earth.” And what is that new species? Well, of course, the “new” species absorbs us and yes, it is a hybrid species – “a fusion of biology and technology.” AI being embraced at a very extreme level!

Fortunately, the world of science fiction is mostly that, fiction. But what cannot be ignored today is the big inroads automation and AI are making into the solutions we run, the applications supporting those solutions, the heterogeneous mix of platforms on which they run. The way we go about testing everything we turn over for public access, makes an equal demand on AI to help us out. The complexities and intricacies and nuances that are all part and parcel of modern solutions have moved beyond the realm of any individual being able to fully test every permutation. White-boarding a simple test plan is now no longer an option. Furthermore, expecting an individual or group to develop scripts where we can say with absolute assurance the code will do what was asked of it are now simply early chapters in the book of IT.

HPE just published a paper to its Enterprise.nxt web page, Is AI the magic bullet for your company’s data glut? It makes the observation, “With all of the excitement around artificial intelligence, companies are not only concerned about whether AI is capable of delivering such value, but also where they should begin.” We can sympathize with HPE and ask questions about where to begin even as we can just as readily acknowledge that understanding the potential value of AI may be out of reach for many of us. As HPE noted in that paper, “for IT, operations staff, and company management, scaling the AI mountain to grasp such value seems difficult or impractical.”

Or is it? In a recent article for Payments Source, Payment companies aren't taking advantage of AI's testing strength, Steve Gilde, Paragon’s Director of Global Payments, begins by noting that, “Artificial intelligence is now leveraged in a number of different ways, such as personal financial management (PFM) tools, fraud monitoring and alerting systems and customer service chatbots.” But perhaps more to the point, Gilde then makes the observation that, when it comes to starting that climb up the mountain, “Too many financial services providers are still largely relying on dated testing systems developed in the 1980s that depend on manual testing in physical labs.” Yes, we are in a fight with complexity and few financial institutions can get away with relying solely on legacy testing tools.

According to Gilde in the Payments Source piece, “‘Intelligent’ testing procedures are already available today, as some testing providers are delivering systems that can behave intelligently and autonomously. Testing technology has already evolved to a point where test systems can be configured to automatically accept an inbound request, identify where it came from and what test needs to be run, then run the test, respond appropriately and log the results. And, these automated processes can be available 24/7, every day of the year.”  Paragon is in the business of providing automated testing, so Gilde has seen a lot that works - just as he has seen all that doesn’t work. However, he is still surprised at much of what he comes across that is being passed off as effective testing models.

At the 2018 ATM Industry Association (ATMIA) US Conference, there were many sessions that included references to AI. Following the opening speeches and keynote presentations, the very first presentation happened to be on the topic of using robots for testing ATMs. According to the introduction of this presentation, “Testing the software of an ATM has become increasingly important because of a lot of obvious factors. The time taken for testing ATMs has drastically increased over the years which calls for the need of autonomous intelligent systems and robots capable of testing the updated software.” And this pretty much sums up the dilemma facing most of IT these days – we can read about AI and we can even appreciate where it can add value. We can even say that we aren’t simply looking up at the mountain but rather, we have taken the first steps to determining where we can best be served by AI without letting the disruptive nature of AI overwhelm us.

Automated processes, intelligent testing, autonomous intelligent systems performing tests are all looking for safe ways to introduce AI into the world of IT – however, let’s not overlook the most obvious, the testing of our solutions, applications, and platforms. What better way to take one more step up that mountain and acknowledge that there is no better way to test the complexities wrapped up in the code we deploy today than by applying the appropriate degree of intelligence and automation? It was while he talked to many of those present at the 2018 ATMIA US Conference that led Gilde to post to the Paragon blog, What happened in Vegas should not stay in Vegas: 6 Takeaways from ATMIA US 2018, Gilde reiterated the major trends discusses at the 2018 ATMIA U.S. Conference. At the conclusion of that post, Gilde noted that, “With all the talk about the pace of change and the need for Next Generation thinking, I was somewhat surprised by all the last generation behavior. When it comes to testing, it seems that there are still a lot of organizations working off post-it notes and Excel spreadsheets.”

Get the picture? While automated testing is the first step, it is the foundation of normalizing AI in our industry. Science fiction only works when it is tied, albeit loosely at times, to some recognizable facts. And not all that looks fantastic ends up coming to fruition in any tangible fashion. However, when it comes to the world of automated and intelligent testing, the next step to take is clearly, as stated in the book Origin, “a fusion of AI and technology.” We all know AI is coming and we all know there is a need for better testing tools – shouldn’t the offerings from a vendor like Paragon be making it onto our radar screen?